Gigi Hadid has been making the rounds on social media recently when she posted her home's new interior design on her IG account. Right about the same time, Kendall Jenner also opened the doors of her Los Angeles home to – you guessed right – showcase her newly-designed habitat. The world may pass their own judgments on which one's beauty and which is the beast but, today, you're going to learn some guidelines that will help you remain on the artistic side of Sacramento home design.

Just recently, we covered the Scandinavian interior design on our previous post – Is Scandi Design Possible in Your Roseville CA Home, a style worth mentioning because it came about approximately in 1914 having originated from the Danish arts and crafts styles. Other similar movements such as the Dutch De Stijl and the German Jugendstil (German term for Art Nouveau) eventually paved the way for modernism which, in turn, led to the birth of several other movements including Bauhaus.

In the 20th century, different avant-garde arts led to the development of modern art. While many of these styles favored paintings, improving surrealism and abstract expressionism, it was the Bauhaus Movement that embraced a wider array of media, disciplines, and materials. 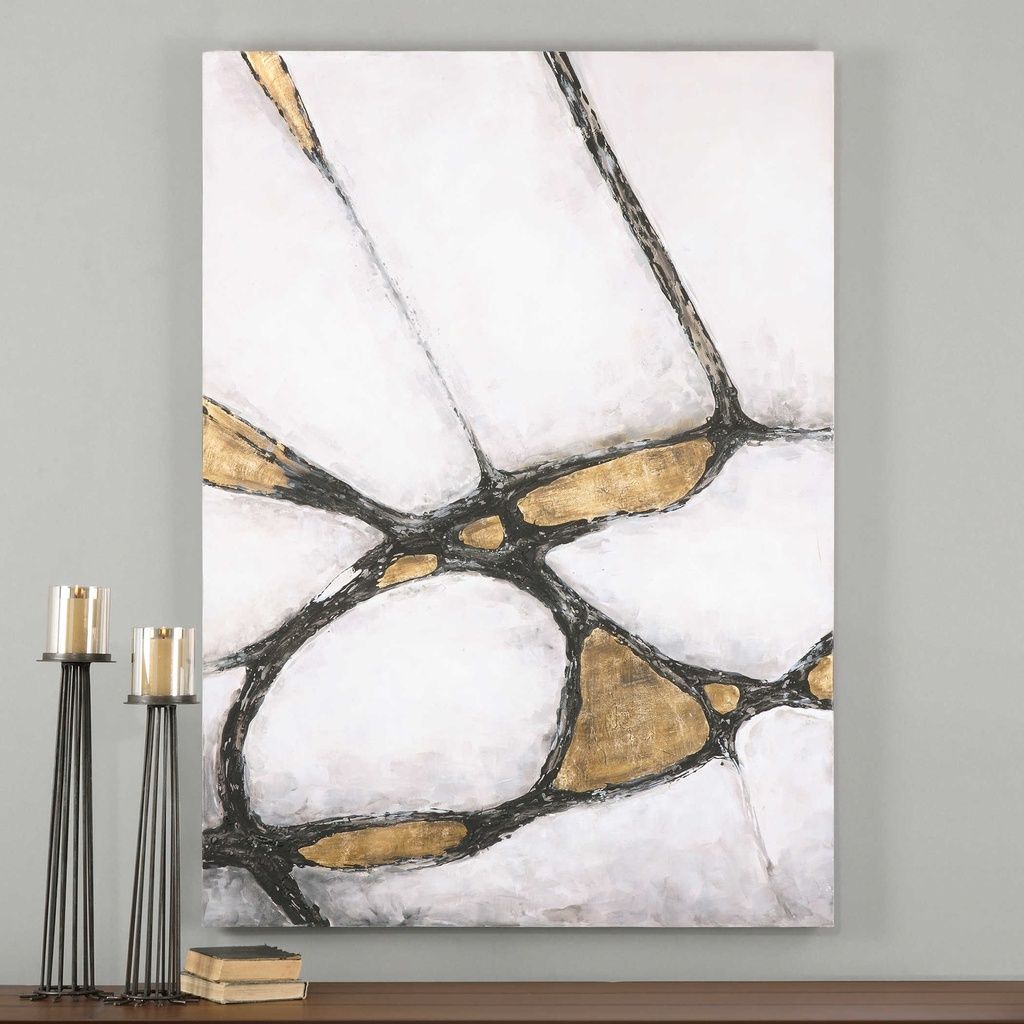 Bauhaus art opened the world's perception of art through a wide range of graphics and paintings, architecture, and interior design. It dominated European art throughout the '20s and '30s.

But what does Bauhaus interior design mean? Before learning the simple principles behind this design, an even simpler definition if needed. If you are to literally translate Bauhaus, it means construction house. Its rules can be traced to a German school of the arts back in the early 20th century. It was Walter Gropius who founded the said school that eventually transformed into a modern art movement that offered a unique approach to interior design and architecture.

Nowadays, Bauhaus is known for its aesthetics that beautifully fuses fine arts and crafts while also having a lingering influence on contemporary and modern art.


As mentioned, it was a German architect Walter Gropius who established Staatliches Bauhaus in 1919. It was a school that was set up to embrace all branches of the arts under a single roof. The school became a haven for European artists including Josef Albers, Paul Klee, and Wassily Kandinsky, who were eventually appointed as instructors.

The State Bauhaus in Weimar was where the foundations were laid by Gropius. This was where he concocted the ideas that were nothing short of visionary at that time. The program stated that art must play a social role and that there should be no divisions between the different craft-based disciplines. 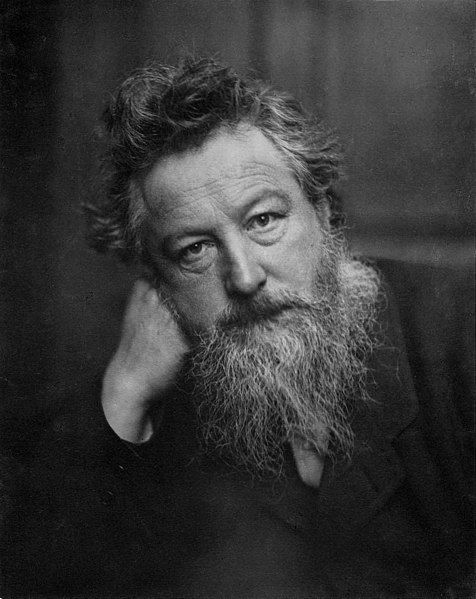 The Weimar school principles were inspirations from architect Frank Lloyd Wright and William Morris, a designer and writer. Expressionism brought together craftsmen and artists to an idealistic purpose. Gropius later left the Bauhaus Movement but the many artists' architecture, painting, typography, furniture, stained glass, theater design, metalwork, woodwork, and textile design all remained. 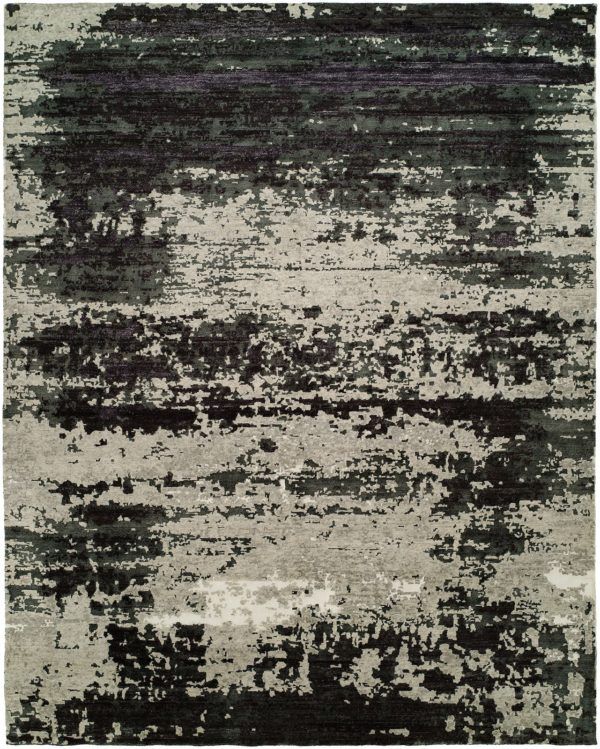 Bauhaus architecture shows a lot of steel and masonry angles as is evident in the school building and several other buildings that historians marvel about because they seemingly sprouted from the ground up with no human hand to aid in their creation. Mass production and function were prioritized and were quite influential in the global we design of everyday structures so the building elements showed no hierarchy or system.

The stage workshop was a crucial part of Weimar education and was patiently directed by Lothar Schreyer from 1921 until 1923. Oscar Schlemmer eventually took his position from 1923 to 1925. The stage workshop connected the performing and visual arts and it emphasized an interdisciplinary approach.

Gropius was the school director for 9 straight years and he was instrumental in veering the Bauhaus school towards the development of a more cohesive style, although, this may not have been his initial intention. By 1925, he facilitated the school's transfer to Dessau, creating an opportunity for Bauhaus principles to be seen in the school's physical structure.

This city was a hotspot during the glorious years of Bauhaus. It was established right after the closure of Weimar, an event believed to be politically motivated. Dessau was all about the industrial products being made available to the masses.

Gropius himself designed the Bauhaus building and many other buildings for the then newly set up campus. Fine arts became one of the leading course offerings in 1927 with free painting classes being taught by Paul Klee and Wassily Kandinsky.  The focus during these times was on abstractionism rather than mere function. Meanwhile, Expressionism and Futurism became more visible in the arts with geometric designs looking so much like cubism.

Paul Klee became a part of the school faculty in 1920 as he brought with him the artistic methods of non-western cultures that he fused with the scientific approach used in abstract paintings. It was during his tenure at the Bauhaus that he created many poems and humor including his famous 1922 painting Dance, Monster, to My Soft Song! 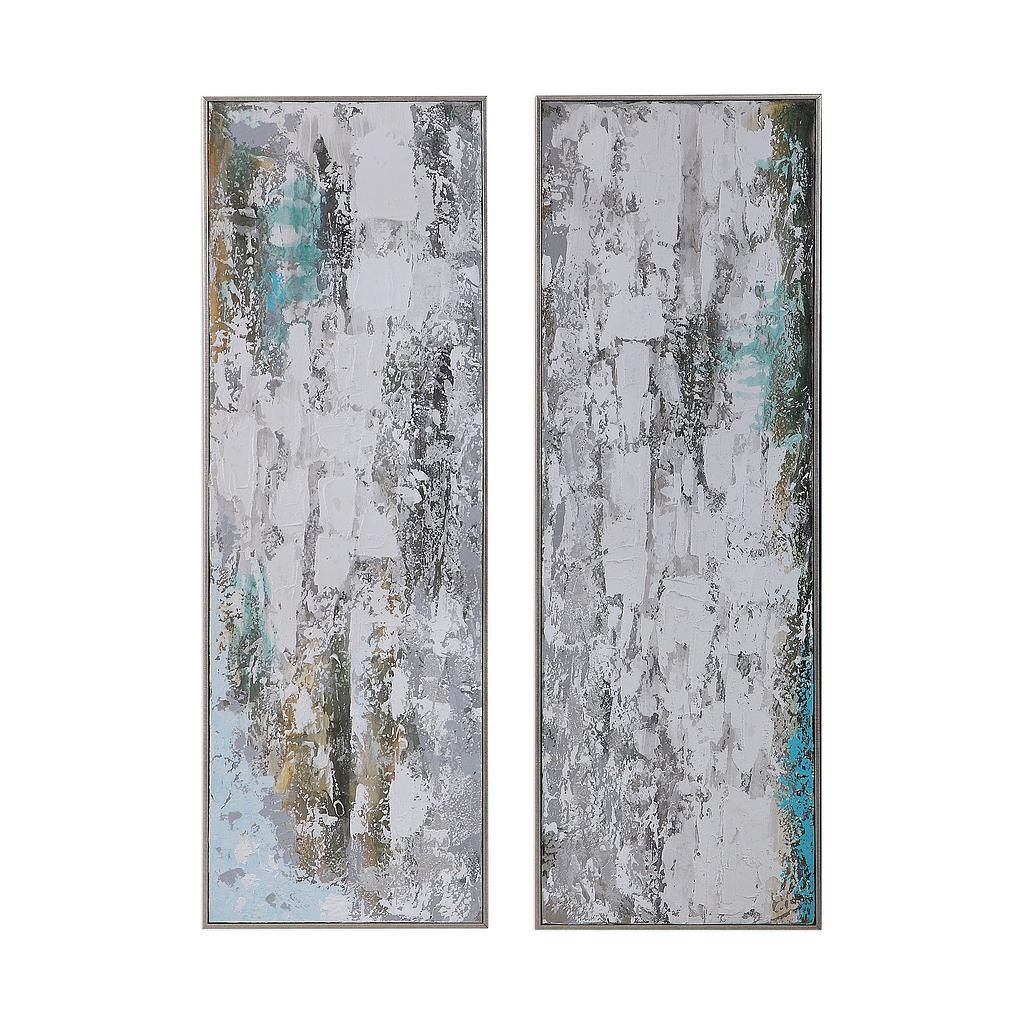 Klee departed from the Bauhaus in 1931 and passed away in 1940. Joan Miró and Andre Masson both looked up to Klee and openly stated that he was a major influence on their craft.

Wassily Kandinsky was a painter who began teaching in 1922. He completely turned his back to representational artwork in favor of what he believed as the spiritual quality of form and colors. His tenure showed a highlight of abstract lines and shapes as is evident in his 1923 artwork Composition VIII. Kandinsky remained a faculty member until the school's closure.

László Moholy-Nagy, a Hungarian, came to the school in 1923. He set up the school's metal workshop but his heart remained in photography. Moholy-Nagy was famous for his darkroom experiments and photograms. He also made abstract elements through shadows, distortion, as well as skewed lines.

Moholy-Nagy also made motion machines which he referred to as light modulators; kinetic light; and geometrical, abstract paintings.

Oskar Schlemmer was a teacher at the Bauhaus from 1920 all the way until 1929 with his specialization being murals, design, and sculpture. He was also appointed as the director of theatre activities in 1923.

Schlemmer was an artist known for his work that focused on the human body. The Triadic Ballet in 1922 is his most renowned wherein he transformed the dancers into kinetic sculptures by giving them geometric costumes made from wood, cardboard, and metal.

He was later appointed as a teacher in 1923 and this is before he even completed all his courses at the school. He started in the glass painting workshop and eventually ended up in furniture design, lettering, and drawing.

His wife, Annie, also studied at Bauhaus choosing weaving as her course. Annie Albers focused her efforts on abstract works through her new textile creations and wall hangings.

Other notable Bauhaus school students include Marcel Breuer who was the designer of the Whitney Museum; designer Wilhelm Wagenfeld who was famous for his household products; Otto Lindig, a master potter; and Erich Dieckmann, a furniture designer.

And would you believe that most of the designs and products that we have today came from Dessau?

The last phase of Bauhaus was in the city of Berlin but because of the mounting pressures brought about by the Nazis and the lack of funding, artists were limited with their work during this time. Berlin happened right after Dessau was closed and students and Bauhaus masters grouped again in October 1932 in an empty telephone factory. A police and SA search then closed the premises on April 11, 1933.

The faculty decided to stop the Bauhaus in July 1933. The school may have been closed permanently but aesthetics and its influence lingered and eventually culminated into the Bauhaus Movement.

This movement was the forerunner of the abstract and geometric style of art showing little to zero human emotions, zero histories, yet strongly influencing artists, architects, and designers.

The primary principle of Bauhaus design is function first before form - remember this and you're good. This means that Bauhaus furniture must be functional, simple, and practical. Beauty just comes next.

Bauhaus designs are defined by their lack of ornamentation and they come with clean, smooth surfaces and interesting geometric shapes. Since most 1920s furniture was made of wood, then you can use this material and mix it with steel or glass for a more interesting look.

Bauhaus art had its centennial celebration last October 2019. Limited edition Bauhaus style furniture pieces were then made by artisans with the most iconic designs made of metal and steel.

Anything that has a lightweight, preferably tubular frame, whether it is a Bauhaus sofa or Bauhaus chair, will make a good addition to any Bauhaus style home.

The more geometrically-shaped the furniture is, the more that it can be categorized as Bauhaus style furniture. If you want to know more about the Bauhaus interior design, we have experts who are ready to help on Designer on Demand.


Here are some must-have Bauhaus furnishings for your home: 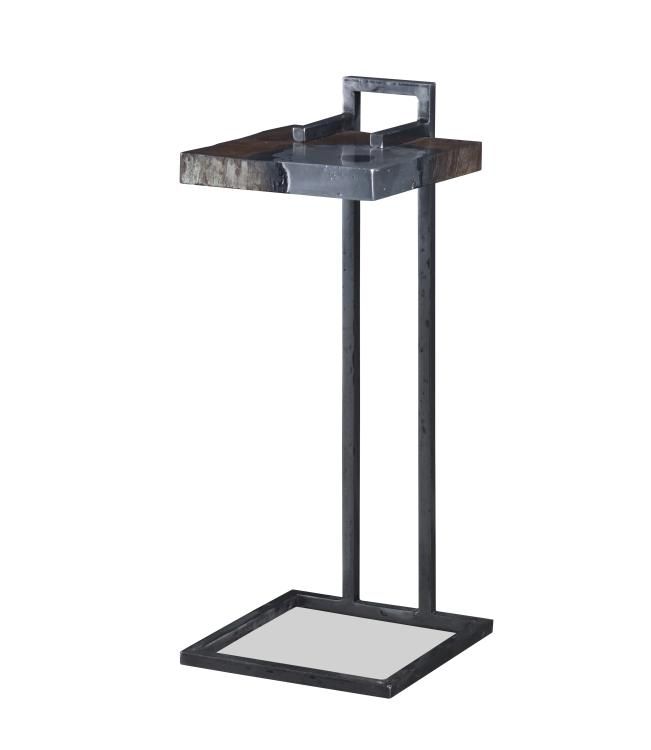 Made of reclaimed oak with cast aluminum accent top and textured finish steel frame, this piece screams Bauhaus art with just one glance. 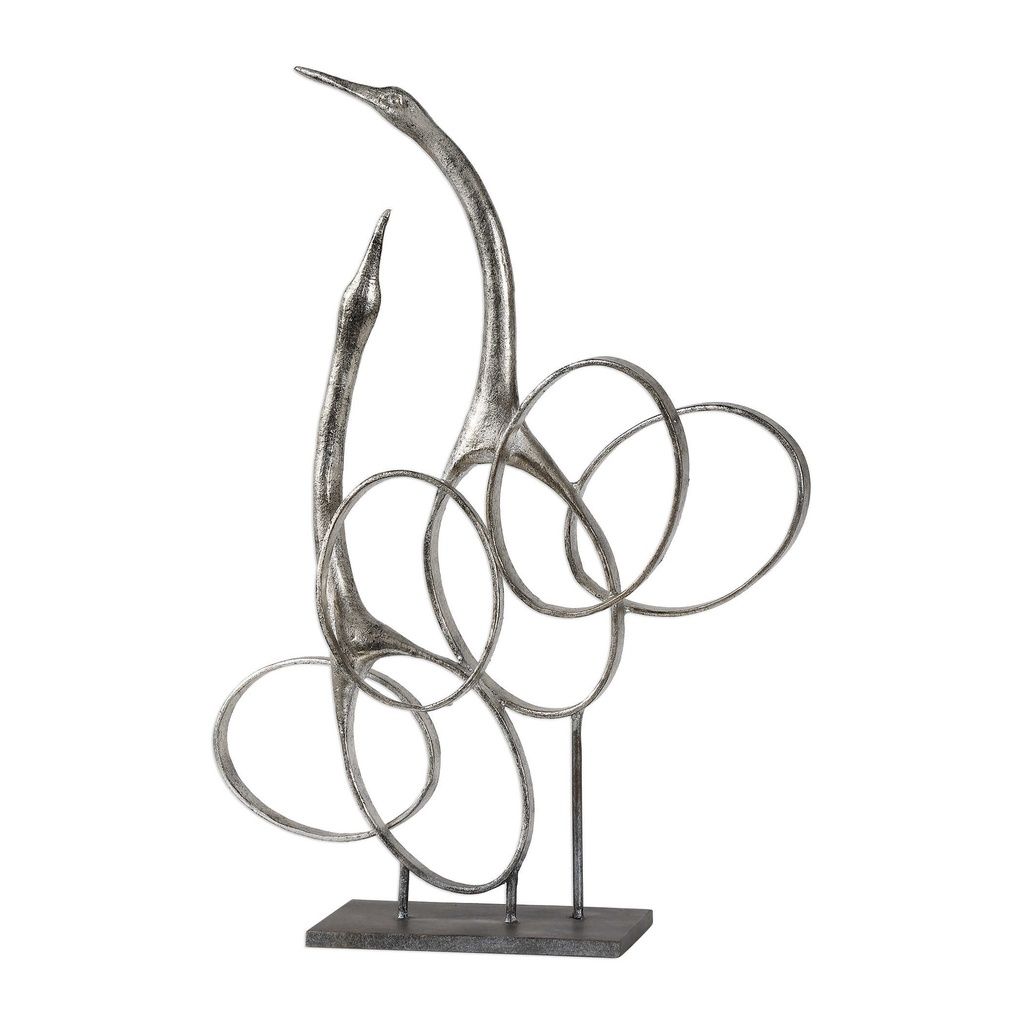 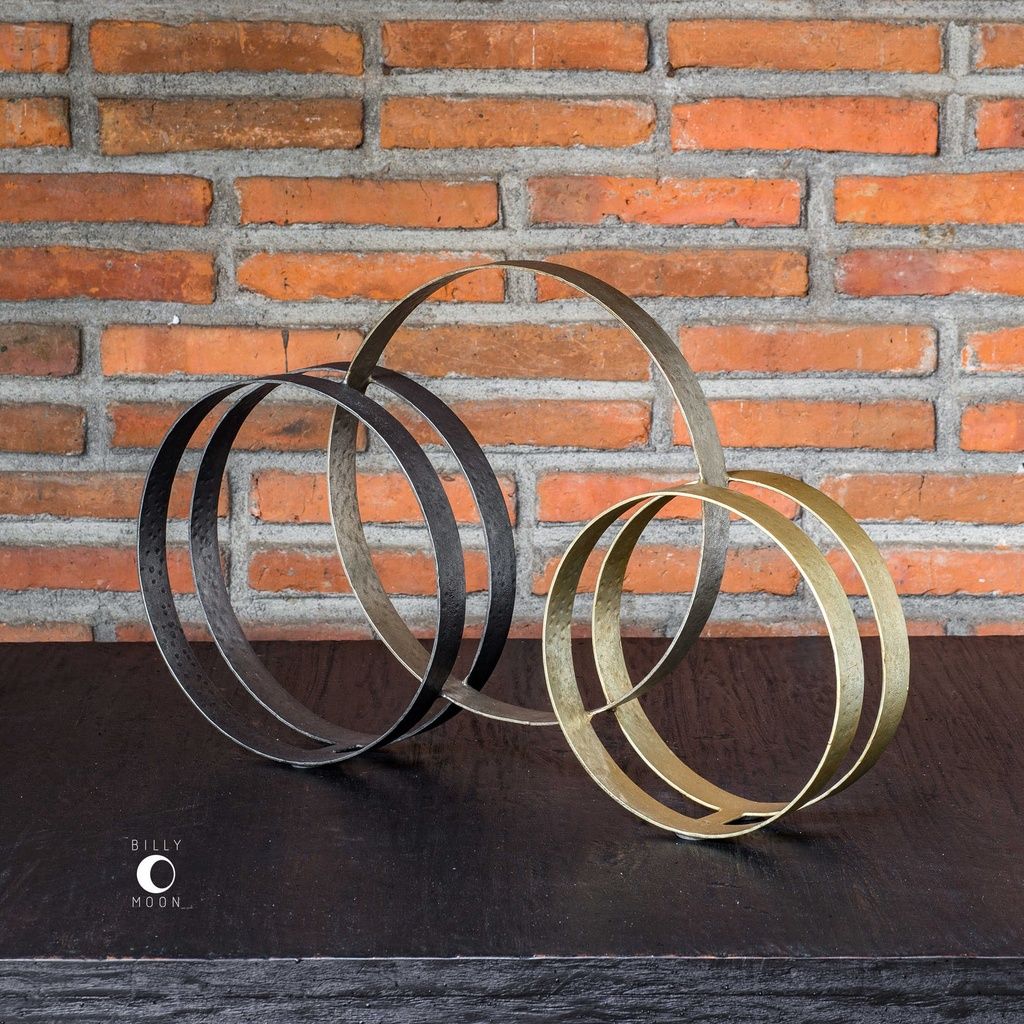 Thick hammered iron rings finished in gunmetal, antique silver, and gold. This is the perfect marriage of Bauhaus which is metalwork + a brick backdrop. 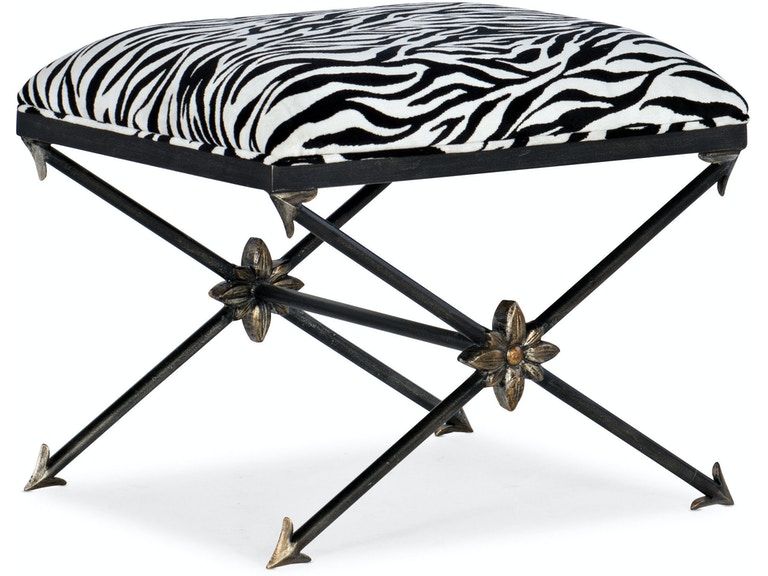 This bed bench is reminiscent of the iconic 1929 Barcelona chair (sans the backrest) designed by Mies van der Rohe and Lily Reich.  This lovely piece comes with the infamous X-shaped frame. 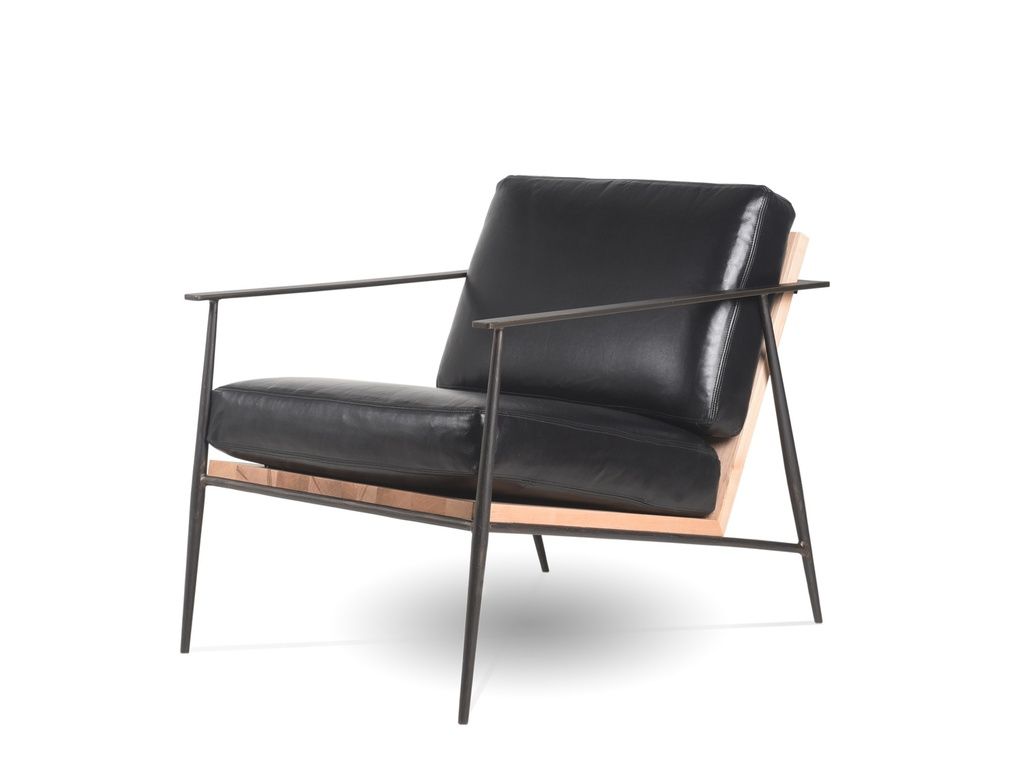 It was Marcel Breuer who forecasted that chairs will become obsolete in the future so he got his furniture design inspiration from his bicycle's steel tubes; he then went ahead and crafted a Bauhaus chair with lightweight yet supportive columns seemingly floating on air.

If you want to learn more about Sacramento Bauhaus style furniture, take a Virtual Tour of our 60,000 sq.ft. showroom now. 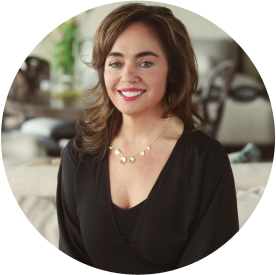 Melissa brings over 22 years of experience in the Interior Design field, 10 years of which she was a senior designer at Ethan Allen. Melissa has been featured in both Home Magazine and The Sacramento Bee for her residential designs. 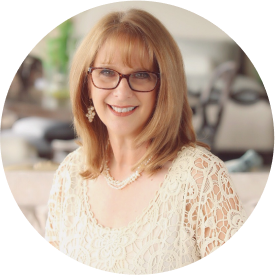 Sue brings over 13 years of experience in the furniture/design field, including thorough knowledge of Hunter Douglas products and beautiful custom window treatments. In addition, using her art background (i.e., drawing, oil painting, etc), Sue has the ability to bring a balance of colors and textures to their rooms/projects.